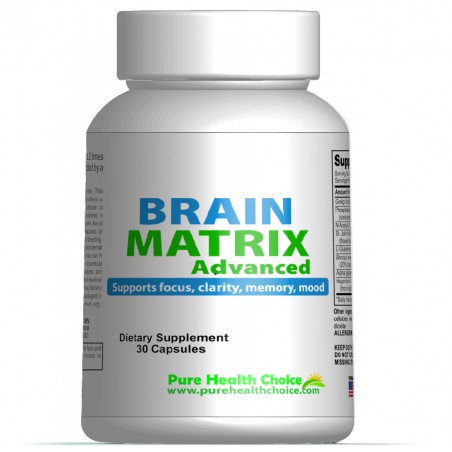 Developed by neurologists, geriatriians, mesotherapists, biochemists and herbalists, the unique New Brain Matrix Advance formula from Pure Health Choice provides an excellent blend of ingredients unlike any other product dedicated to the brain.*

This unique formula consists of:

Phospholipids that cover and protect the cells in the brain and carry messages between them. Phosphatidylserine plays an important role in maintaining mental acuity and memory. Research suggests that levels of this substance in the brain decline with age.

Acetyl-L-carnitine is an amino acid that is naturally produced in the body and supports the energy production process. It is used in many situations, for example when exercising at the gym, but also to improve blood supply to the brain and improve nerve function.

St. John's Wort has an antidepressant and calming effect, therefore it is recommended in states of anxiety, nervous balance disorders or burnout. St. John's wort owes its calming properties to hypercine and hyperforin, which inhibit the breakdown of serotonin. Serotonin deficiency causes symptoms of anxiety, depression and bad mood.

L-glutamine is one of the three most abundant amino acids in the blood and brain. Because L-glutamine crosses the blood-brain barrier and is transformed into glutamic acid, it is considered an energy source for the brain and is known to improve memory and concentration.

Bacopa monnieri is a plant from the leper family that has been used for 5000 years in Ajuwerda, or traditional Indian medicine. It is mainly used as a substance to improve memory and concentration, but it is also known to calm down or relieve anxiety.

Huperzine A, a naturally occurring ingredient obtained from the aerial parts of the fir moss plant, Huperzia serrata, is known to support mental alertness and memory.

USE: Take 1 capsule 1 to 2 times a day, preferably with meals or as directed by your doctor.

NOTE: Do not exceed the recommended dose. St John's wort can make you photosensitive by causing irritation and redness of the skin in people exposed to strong sunlight or in tanning beds. Avoid use in patients at risk of bleeding, taking anticoagulants or with bleeding disorders, based on reports of bleeding events. Discontinue use 2-3 weeks before certain surgical and dental procedures due to an increased risk of bleeding. Pregnant or nursing mothers, couples trying to conceive, children under the age of 18, people with a history of seizures, taking MAO inhibitors, or with a known medical condition should consult a physician before taking this or any dietary supplement.

*These statements have not been evaluated by the Food and Drug Administration (FDA). These products are not meant to diagnose‚ treat or cure any disease or medical condition. Please consult your doctor before starting any exercise or nutritional supplement program or before using these or any product during pregnancy or if you have a serious medical condition. 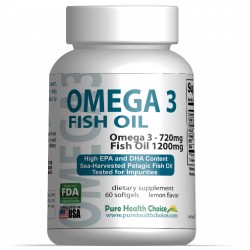 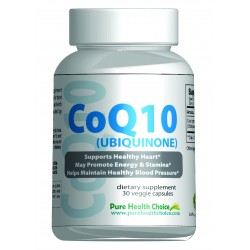 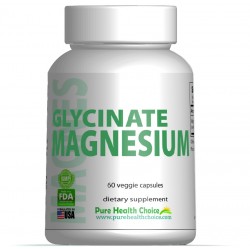 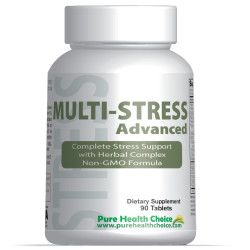 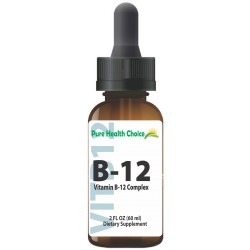